Cofftek have the capability to mass production and supply of urolithin a and urolithin b under the condition of cGMP. 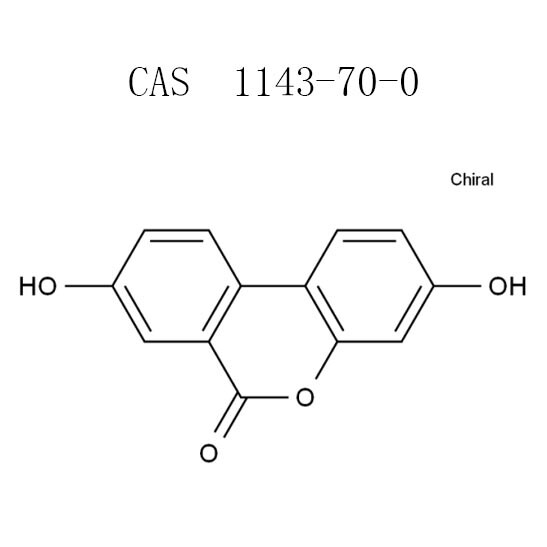 Urolithin A (UA) is the most prevalent metabolite of ellagitannins. However, urolithin A is not known to occur naturally in any dietary sources.

Urolithin A 8-Methyl Ether is the intermediate product during the synthesis of Urolithin A.  It is a significant secondary metabolite of ellagitannin and possess antioxidant and anti-inflammatory properties.


Mechanism of action of urolithin A and B

Mitophagy is one form of autophagy that helps eliminate damaged mitochondrial for their optimal functioning. Autophagy refers to the general process in which cytoplasmic contents are degraded and consequently recycled while mitophagy is the degradation and recycling of mitochondria.

During aging a decrease in autophagy is one aspect leading to a decline in mitochondrial function. Further, oxidative stress could also lead to low autophagy. Urolithin A possess the ability to eliminate damaged mitochondria through selective autophagy.

Oxidative stress occurs when there is an imbalance between the free radicals and antioxidant in the body. These excess free radicals are often associated with many chronic illnesses such cardiac disorders, diabetes and cancer.

Urolithins A and B exhibit antioxidant effects through their ability to reduce the free radicals and specifically the intracellular reactive oxygen species (ROS) levels and also inhibit lipid peroxidation in certain cell types.

Further, urolithins are able to inhibit some oxidizing enzymes, including monoamine oxidase A and tyrosinase.

Inflammation is a natural process in which our bodies fight against any fallen thing such as infections, injuries, and microbes. However, chronic inflammation can be harmful to the body as this is associated with various disorders such as asthma, heart issues, and cancer.  Chronic inflammation could occur due to untreated acute inflammation, infections or even free radicals in the body.

Urolithins A and B exhibits anti-inflammation properties by inhibiting nitric oxide production. They specifically inhibit inducible nitric oxide synthase (iNOS) protein and mRNA expression which are responsible for inflammation.

Microbes including bacteria, fungi and viruses occur naturally in the environment and even in the human body. However, a few microbes referred to as pathogens could cause infectious diseases such as flu, measles and malaria.

Urolithin A and B are able to exhibit antimicrobial activity by inhibiting quorum sensing. Quorum sensing is a mode of bacterial communication that enables bacteria to detect and control infection-related processes such as virulence and motility.

Glycation refers to a non-enzymatic attachment of a sugar to a lipid or protein. It is a key biomarker in diabetes and other disorders as well as aging.

High protein glycation is a secondary effect of hyperglycemia has a major role in cardiovascular-related disorders such as diabetes and Alzheimer’s disease.

Urolithin A and B possess anti-glycative properties that are dose dependent that are independent of their antioxidant activity.


Urolithin A and B benefits

Urolithins have many beneficial effects backed up by research-based evidence of the anti-inflammatory, anti-carcinogenic, antioxidant, and antimicrobial properties.  Urolithin A benefits are closely related to the urolithin B benefits. Below are some benefits reported from urolithins;

In a study of worms, urolithin A supplement administered at 50 µM from the egg stage till death was found to extend their lifespan by 45.4%.

In another study conducted in 2019 using senescent human fibroblasts, urolithin A supplement was found to exhibit anti-aging potential. It was able to increase type 1 collagen expression and also reduce the expression of matrix metalloproteinase 1.

A small human study also show that UA was able to improve the mitochondrial function and skeletal health in elderly individuals when administered orally at 500-1000mg for a period of four weeks.

(2)Help prevent prostate cancer
The urolithins and their precursor, ellagitannins, possess anti-cancer properties. They are able to inhibit cancer-cell proliferation through cell cycle arrest and inducing apoptosis. Apoptosis refers to a programmed cell death in which the body eliminates potential cancer-cells and also other infected cells.

In a study of mice injected with human cancerous cells, ellagitannins metabolites (Urolithin A) were found to inhibit the growth of prostate cancer. The study further reported higher concentration of the metabolites in the prostate gland, colon and intestinal tissues.

(3)Cognitive enhancement
Urolithin A is able to protect neurons from death and can also trigger neurogenesis through anti-inflammatory signaling.

In a study of mice with memory impairment, urolithin A was found to ameliorate cognitive impairment and protect neurons from apoptosis. This suggest that UA can be used in treating Alzheimer’s disease (AD).

Urolithin A has been specifically found to improve insulin sensitivity thus prevents the development of obesity.

In a study of mice with induced obesity, urolithin A supplementation was found to prevent diet-induced obesity and metabolic impairment in mice. The study showed that UA treatment increased energy expenditure thus a lower body mass.

Urolithin B supplements also possess several health benefits and most of which are similar to urolithin A benefits.

(1) Anti-cancer potential
The anti-inflammatory properties of urolithin B make it a good candidate for fighting cancer. Some researchers have reported these potential in fibroblasts, microphages and endothelial cells.

Studies have reported that UB inhibits different types of cancer such as prostate, colon and bladder cancer.

In a study involving human colon cancer cells, ellagitannins, ellagic acid and urolithins A and B were evaluated for their anti-cancer potential. They reported that all the treatments were able to inhibit growth of the cancer cells. They inhibited the cancer cells proliferation through cell cycle arrest at different phases and also by inducing apoptosis.

(2) Can help fight against oxidative stress
Urolithin B possess excellent antioxidant properties through reducing reactive oxygen species levels and lipid peroxidation in certain cell types.  The high levels of ROS are associated with many disorders such as Alzheimer’s disease.

In a study with neuronal cells exposed to oxidative stress, urolithin B supplement as well as urolithin A were found to protect the cells against oxidation hence increased the cell survival.

(3) Urolithin B in memory enhancement
Urolithin b has been reported to improve the blood-barrier permeability. This enhances cognitive functioning.

Studies show that urolithin B can be a potential memory enhancer by improving the general cognitive functioning.

(4) Prevents muscle loss
Muscle loss can occur due to various reasons such as disorders, aging and deficiency of protein in the diet. Several measures to stop, limit or better prevent muscle loss including, exercise, drugs and amino acids as well as polyphenols can be employed.

Urolithins can be classified as polyphenols and play role in preventing muscle loss by activating muscle protein synthesis and also slowing down degradation.

In a study with mice, Urolithin B supplements administered over a period of time was found to enhance their muscle development as the muscles were seen to become larger.

In a study of rats with induced renal fibrosis, urolithin B was found to ameliorate the kidney injury. It enhanced the renal function, the morphology of the kidney as well as reduced the renal injury markers. This indicates that UB was able to mitigate renal inflammation.

Other benefits associated with urolithins are;


Urolithin A and B food sources

Urolithins are not known to be found naturally in any dietary sources. They are a product of transformation of ellagic acids which are derived from ellagitannins. Ellagitannins are transformed into ellagic acids by the gut microbiota and the ellagic acid is further converted into its metabolites (urolithins) in the large intestines.

Ellagitannins occur naturally in food sources such as pomegranates, berries including strawberries, raspberries, cloudberries and blackberries, muscadine grapes, almonds, guavas, tea, and nuts such as walnuts and chestnuts as well as oak-aged beverages for instance red wine and whiskey from oak barrels.

We can therefore conclude urolithin A foods and urolithin B foods are ellagitannin-rich foods. It is worth noting that ellagitannin bioavailability is very limited while its secondary metabolites (urolithins) are readily bioavailable.


Urolithin A and B Supplements

Due to variations in ellagitannins concentration in different foods, customers of urolithin a buy it putting into consideration the food source. The same applies when sourcing for urolithin B powder or liquid supplements.

The few human clinical studies conducted with urolithin A powder or B have not reported any serious side effects from administration of these supplements.