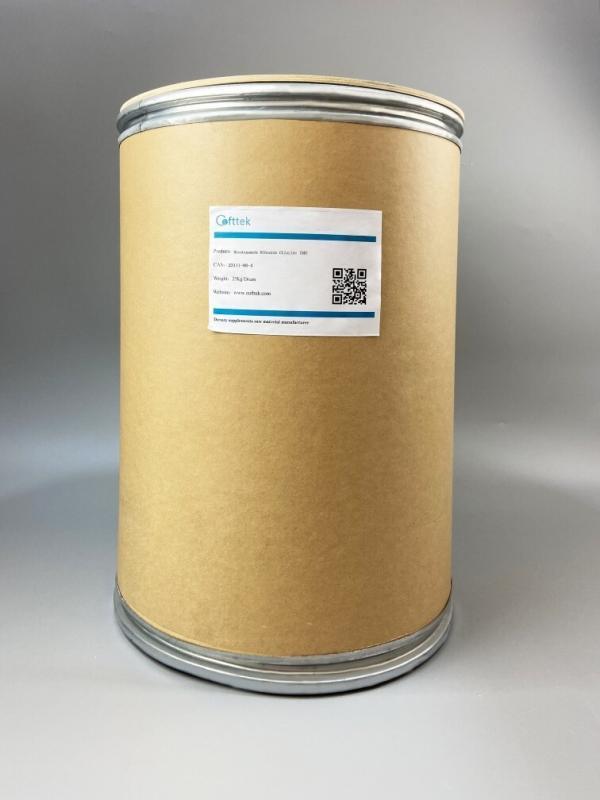 Cofttek is the best Nicotinamide Riboside Chloride powder manufacturer in China. Our factory has a complete production management system (ISO9001 & ISO14001), with a monthly production capacity of 2100kg.

The human body is a complex structure made up of cells, tissues, and organ systems. The proper working of the cells and tissues in the body is regulated and assisted by various chemicals, enzymes, and nutrients. Some of these the body can make themselves, and some have to be consumed. Hence, these nutrients are in the form of diet and supplements. One of these components that can help to heal and regulate the body is called nicotinamide riboside chloride (NR). It helps to increase the amount of nicotinamide adenine dinucleotide (NAD+) in the body.

What Does Nicotinamide Riboside Chloride do?

Nicotinamide Riboside Chloride, also called NR, is a pyridine nucleoside of vitamin B3. It works as a forerunner for nicotinamide adenine dinucleotide (NAD+). It is available as an off-white to pale yellow colored powder. It is one of the most well studied NAD+ precursors as it has many health benefits.

NAD+ has been associated to be one of the prime components that work on the different homeostasis mechanisms in the body. It can help in keeping the body healthy, increasing the lifespan of the cells, helping to perform the various metabolic activities and help in treating various pathophysiologies in the body.

NR powder has shown efficiency as a rising treatment in different diseases. At high doses, NR can treat conditions like cardiovascular diseases, neurodegenerative diseases, musculoskeletal ailments, and metabolic disorders. NR has also been shown to delay the aging of cells and prolong their life. It is found in food products like fish, poultry, eggs, milk, and cereal.

What Does Nicotinamide Riboside Chloride do?

NAD+ is a vital coenzyme in the human body. It functions in conducting different metabolic pathways. Its presence in the body is necessary for treating many kinds of pathologies. It also helps to produce energy for the brain, immune cells, and muscles.

The amount of NAD+ that can be obtained from dietary sources is very minimal. This is not enough for many cells of the body to use. So to manufacture it, the body undergoes various pathways. There are three major pathways by which NAD+ can be synthesized. The De novo synthesis pathway, the Preiss Handler pathway, and the Salvage pathway.

The Salvage pathway is the most common process by which NAD+ is made in the body. In this pathway, NAD+ undergoes redox reactions. It includes getting reduced by two-electron equivalents, which then get turned into a form called nicotinamide adenine dinucleotide (NADH). Since dietary supplementation is not enough for the body’s need for NAD+, the salvage pathway uses and reuses the already available NAD+ and its different forms.

One of the main actions that NAD+ does is activating the sirtuins, a group of 7 enzymes, Sirt1 to Sirt7. These enzymes have the function of controlling the aging and longevity of the cells. Sirtuins act on many metabolic processes, such as the release of insulin, mobilization of lipids, and stress response. It can even regulate the lifespan. Sirtuins get activated when NAD+ levels rise.

NAD+ is also a substrate for a group of proteins called poly ADP-ribose polymerase (PARP). It is responsible for DNA repair and stability in genomes and may also be responsible for a longer life span.

NAD+ levels decline with age and ailments. Some of the reasons for its decline are chronic inflammation, increased activation of the immune system, and decreased nicotinamide phosphoribosyltransferase (NAMPT) activity, leading to its decreased production. As the human body ages, the DNA damage rate increases with lesser chances of repair, causing aging and cancer.

There are a few ways to increase the levels of NAD+ levels in the body. They are eating less and controlling the number of calories, fasting, and exercise. These activities can also help to keep the body healthy and active.

Other techniques to increase NAD+ include consuming tryptophan and niacin and taking NAD+ boosters like nicotinamide riboside chloride and nicotinamide mononucleotide.

Nicotinamide riboside chloride is the precursor that can increase the cellular levels of NAD+. It is also a source of Vitamin B3. It is a product that acts on the salvage pathway of NAD+ production. It converts into nicotinamide mononucleotide (NMN) with the help of the enzyme NR kinase Nrk1. It then further converts into NAD+.

After providing NR, NAD+ levels increase in the body, which is then distributed to different parts. It cannot cross the blood-brain barrier, but it gets converted into nicotinamide which then gets transported to the brain and other tissues where it forms NAD+.

Most of the information about the efficacy of Nicotinamide Riboside chloride comes from animal research. Human-based research is still limited and is much needed.

There are several benefits of using Nicotinamide Riboside Chloride. They are:

Any problems with NAD+ metabolism can cause problems with the heart and the blood vessels. It can cause conditions like heart failure, pressure overload, myocardial infarction, etc. NR supplementation can bring the ratio of NAD+ and nicotinamide adenine dinucleotide + hydrogen (NADH) to normal and stop the unfavorable remodeling of the cardiac tissues [2]. It can also reverse the effects of heart failure.

Neurodegenerative diseases usually happen with old age. They are associated with oxidative stress that can cause damage to the DNA. Usually, there will be abnormal actions of the mitochondria, following some factors after which the cells will be unable to function well. NAD+ decreases in amount as the body ages, leading to improper functioning of mitochondria. This can cause various neurodegenerative diseases. It can also increase the chances of Alzheimer’s disease.

Nicotinamide Riboside chloride increases the amount of NAD+ in the body, lessens oxidative stress, and can also repair damaged DNA. It is also helpful in treating Alzheimer’s disease in mice [3]. It can also decrease the inflammation in the brain, helping to improve cognition and memory [4]. It can do this by reducing the amount of amyloid-β precursor protein and inhibiting amyloidogenesis.

NR powder can also stop the degeneration of axons in chronic forms of neurodegenerative diseases by changing the metabolism of NR in the axon [5]. The degeneration of the spiral ganglion neurons that innervate the cochlear hair cells can happen following exposure to extreme noises. NR has shown to be effective in preventing noise-induced hearing loss. It does this by acting on the sirtuin or SIRT3-dependent mechanism that reduces neurite degeneration [6].

Nicotinamide ribonucleoside chloride has shown to be effective in decreasing the symptoms of metabolic disorders like Type II diabetes [7]. It has been shown to improve tolerance to glucose, decrease weight and treat damage to the liver in mice. So it may be effective in treating humans as well.

Liver conditions such as nonalcoholic fatty liver disease have been shown to cause NAD+ deficiency. So, supplementing with NR powder may help for better recovery in these conditions [8].

Advantage of Nicotinamide Riboside Chloride Over Other NAD+ Precursors

Side Effects of Nicotinamide Riboside Chloride

Oral intake of nicotinamide riboside chloride in low doses is relatively safe. It may include some side effects like

How to Buy Nicotinamide Riboside Chloride?

If you want to buy the NR powder, it is best to directly contact the Nicotinamide Riboside Chloride manufacturer factory. It ensures that the best materials are used for the production, under the watchful eye of the experts in the related field. These products are made following strict safety guidelines which ensure that the product is of high quality, with great potency, and packaged properly. As per the user’s need, the orders can be customized to suit their specific taste.

Once the product is made, it needs to be kept at a cold temperature of 0 to 4C for the short term and -20C for the long term. It is to prevent it from spoiling or reacting with other chemicals in the environment. 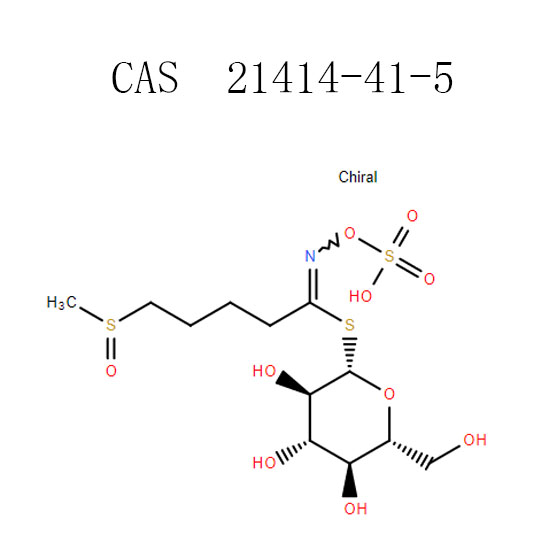 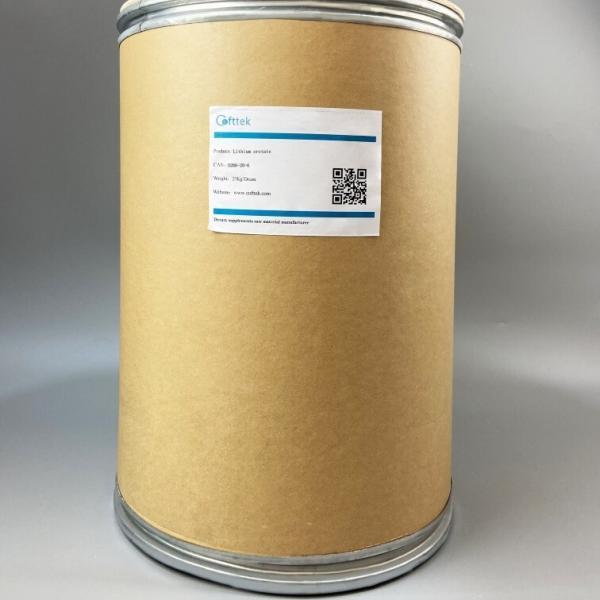 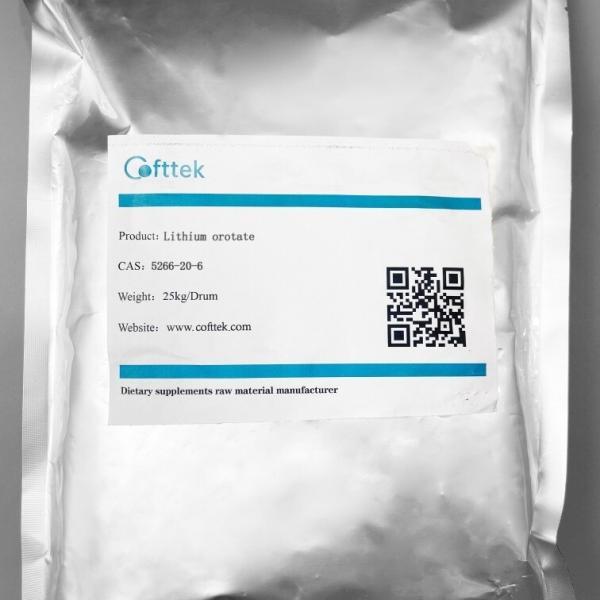 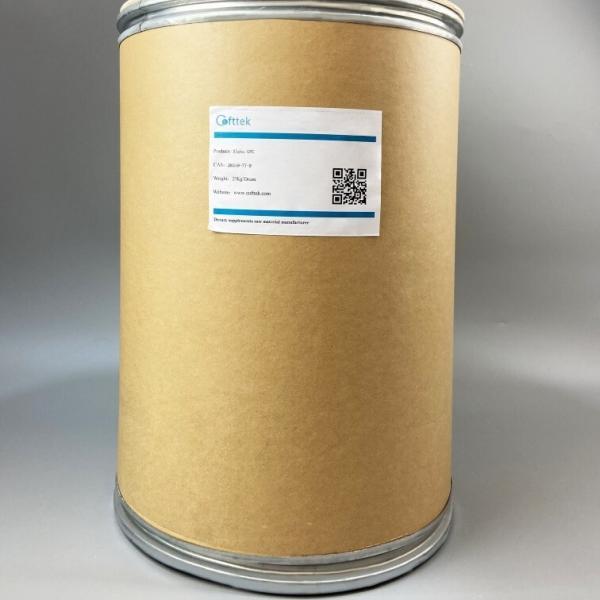 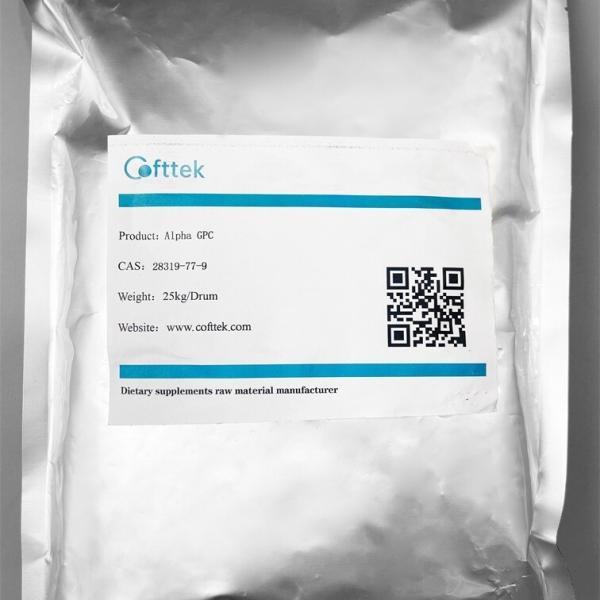 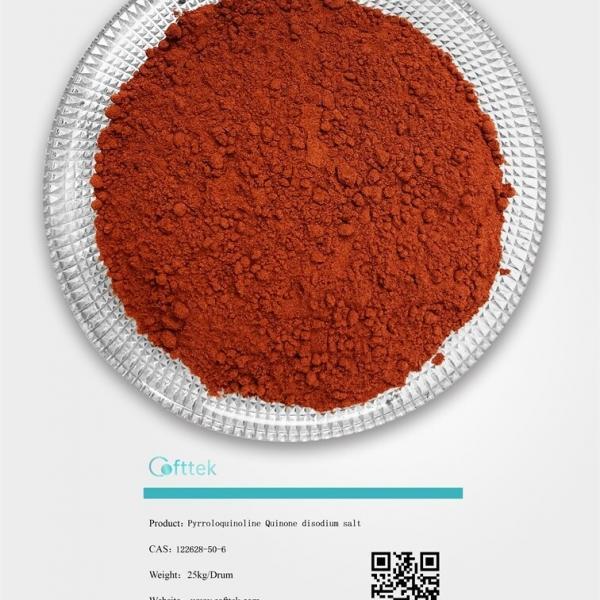